Following the same destructive path of Hurricane Eta which affected the region in early November, Hurricane Iota has developed into one of the most catastrophic hurricanes of the season. The storm made landfall the morning of Monday, November 16th hitting Nicaragua’s Caribbean coast as a Category 4 storm with sustained winds of 155 mph.

Currently, Hurricane Iota has been downgraded to a tropical storm with sustained winds of 44 mph and is severely affecting the northern and Pacific regions of Nicaragua where we work. Country-wide advisories have warned of “heavy rains and life-threatening floods,” these conditions are expected to significantly impact vulnerable communities in Nicaragua, and Honduras, areas that were devastated by Hurricane Eta.

On Tuesday, November 17th, Hurricane Iota made its way into the Department of León.

The water levels at the Telica River bordering Goyena, have increased and may overflow and affect the neighborhood of Arístides Sánchez. In this sector, many families live above the river bank placing them under increased flood risk. One of those affected is our farmer, Don Roosevelt Donaire, whose onion, corn and other crops are at risk of being lost due to flooding.

In Nueva Vida, the bridge that connects the neighborhood with the surrounding community has been damaged as both water and debris brought by the rains obstruct any passage.  In Las Pampas, a majority of the neighborhood is experiencing flooding, as most of the neighborhood is located in low lying areas. Throughout much of Goyena, roads have become impassable due to the rain, making these once dry roads muddy and unsuitable for vehicles.

The water levels at the Nahualapa River have significantly increased putting at risk the community of Troilo. Roads have become impassable due to the heavy rains and flooding.

One of ViviendasLeón’s concerns is the impact the rains will have on our farmers’ crops. The over-saturation of the ground creates a prime environment for pests and fungus, that can harm plants during the early development stage. Crops like grains, rice, beans, corn, leafy vegetables, and legumes are at risk during this time. Additionally, excessive rains flood plants, depriving them of much-needed oxygen and nutrients causing them to die. Our Agroforestry Director, Lesbia Alvarado, has been working with our farmers on methods to combat pests produced from excessive rain.

We have seen this happen before: In 1998 Hurricane Mitch caused extreme flooding and destroyed food crops and killed more than 3,000 people in the León region alone. And it is certain that storms like these will continue to threaten Central America into the future.  Our work over the last 10 years has focused on training families to be prepared for this and other natural challenges, recovering from them rather than being devasted by them. With your help, we will continue supporting these families and help them avoid the worst effects of these powerful storms by donating today. 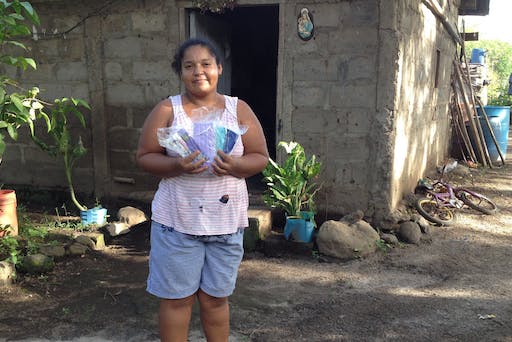 Nicaraguan Health authorities have released limited COVID-19 information which has created an environment of uncertainty. Read about the personal and professional experience of dealing with COVID from our Agroforestry Director, Lesbia Alvarado. 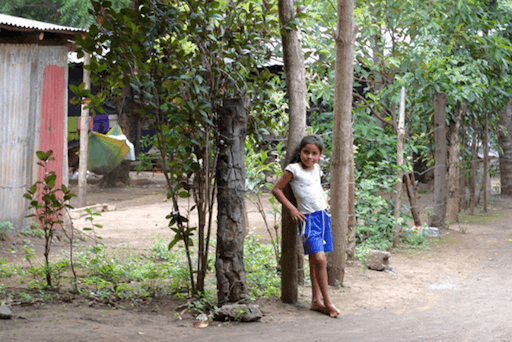 As climate change progresses and we are seeing its impacts on a global scale, we equally must pay attention to the people who are hit the hardest.

Rebeca moved to the rural community of Goyena from Managua in order to find work.